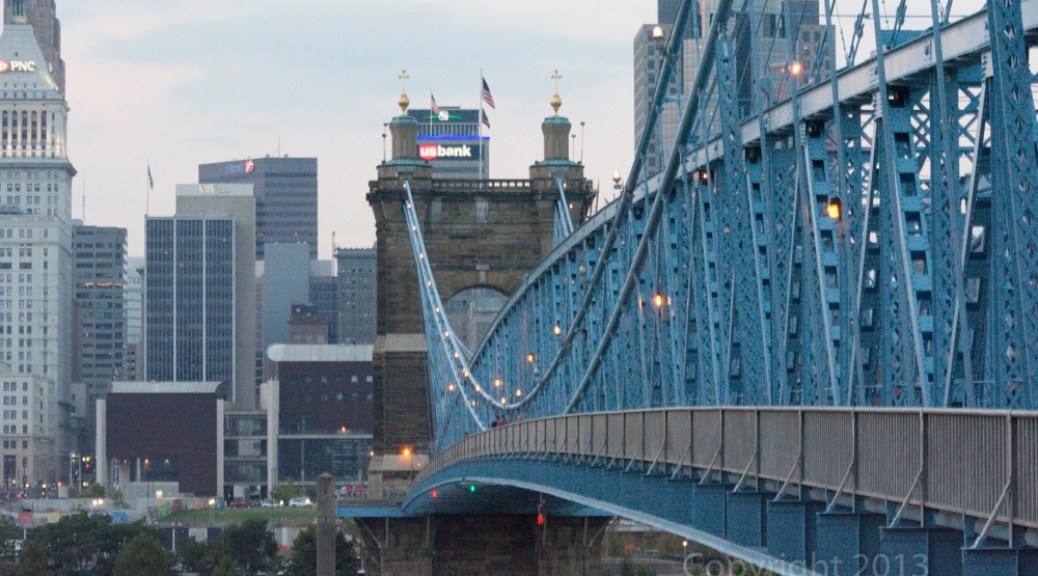 I hope no one worried about with the lack of an update.  I’ve had a slow couple of weeks that haven’t been super motivating work wise, so didn’t take a bunch of pictures.  Had an awesome time on the beach in Florida watching the sun come up and didn’t want to minimize it by seeing it through a viewfinder.  Plus I’m not good enough to do it justice yet anyway.

Finally got some new(er) wheels.  The truck is only 3 years newer than the blue truck I was driving, but has half a million fewer miles, and half a ton less bondo.  The trailer is brand new, when this picture was taken, it was hauling it’s 4th load ever. 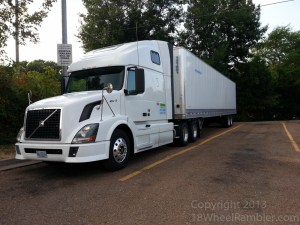 Got a weird look from a fellow driver for standing two feet in front of my truck pointing a dslr and zoom lense at my grill.  I told him I take my pre trip inspections seriously, but really I was admiring the beauty I had killed, but not completely destroyed. 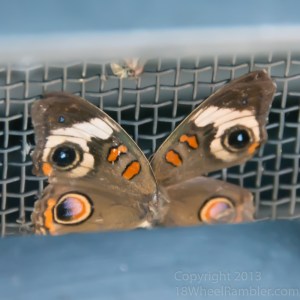 Finally started getting the miles going again and then wound up with a day to kill in Cincinnati.  Tried meeting up with an old friend Saturday evening but she flaked at the last minute so I was on my own.   Thank goodness for google maps and taxi cabs.  Got to try some new dishes and met some nice people in the Oakley neighborhood.

Sunday I waited till the hottest part of the day was done, then took a bus downtown.  Saw lots of interesting neighborhoods along the way that I must explore the next time I’m in the area with time to kill.  The Reds were playing, so there were tons of fans in the street around the stadium.  A couple of them asked to be in my pictures, and then thanked me.   Pretty friendly place, I guess.  I walked down by the river next to the stadium, and walked across the Covington-Cincinnati bridge linking Ohio and Kentucky. 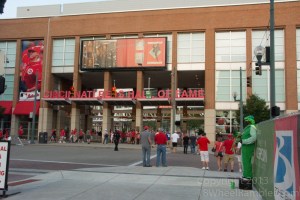 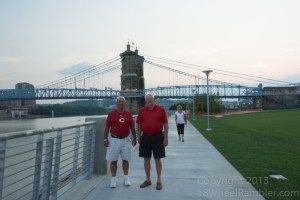 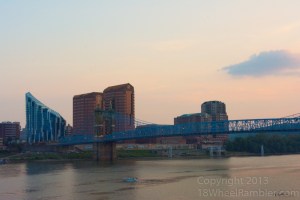 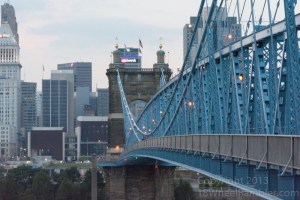 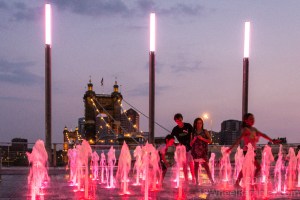 Finally, as a bonus, since I made you guys wait so long, here’s a picture of an old school truck stop sign in Missouri.  The place is still open, has a great restaurant, and plenty of parking. 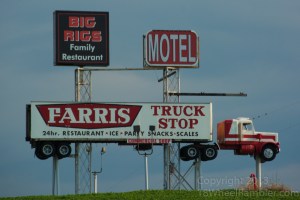 Delivering in Austin in the AM, then off to Alabama.  Keep it between the solid lines!