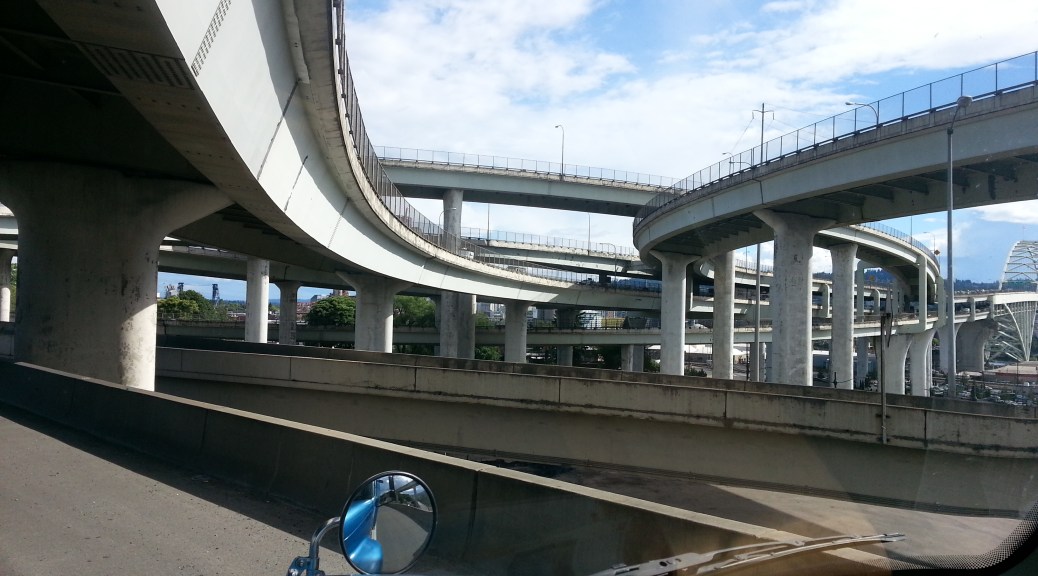 Don’t let the title fool you.  I had to fight to stay positive yesterday.  First I woke up way to early, then went back to sleep and woke up too late.  There was no catching up either.  The late start meant driving through Seattle-Tacoma rush hour this morning.  Then unloading took 3 hours.  Get loaded at the next shipper only took an hour or so, but then I had to use the truck scale at the busiest little truck stop ever, then get fuel at another truck stop and finally reach Portland, OR just in time for afternoon rush hour. 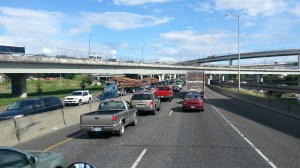 Speaking of Portland highways, anyone up for some spaghetti? 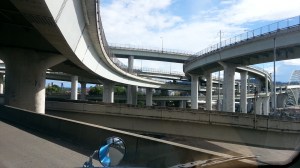 On the bright side, I did get to see a rainbow. 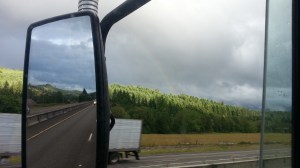 Now back to the title..  I overheard a driver saying this when someone asked him how he was doing and now I’ve adopted it as my own motto.  Not only am I currently getting paid to see alot of cool stuff, even if I didn’t have this job, it’s pretty awesome being able to wake up every morning and see the beauty around me without getting mired in negativity and be physically and emotionally able to bring a smile to someone’s face and maybe one day even change some person’s life for the better.